Outside In: The Story of a Pair of Vintage Doors 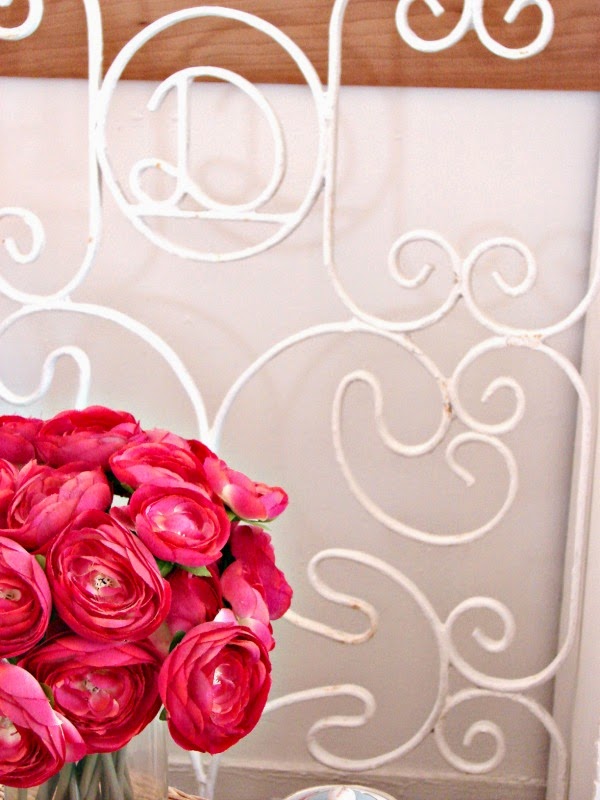 This is the story of a pair of wrought iron screen doors,
handmade circa 1948. . .One for a Mom and Dad's front door. . .
and one for the newly married daughter who lived behind them.
The Mom and Dad were Alice and Earl Magers. . .my grandparents.
The daughter and husband were Irene and Curtis Duncan. . .my parents. 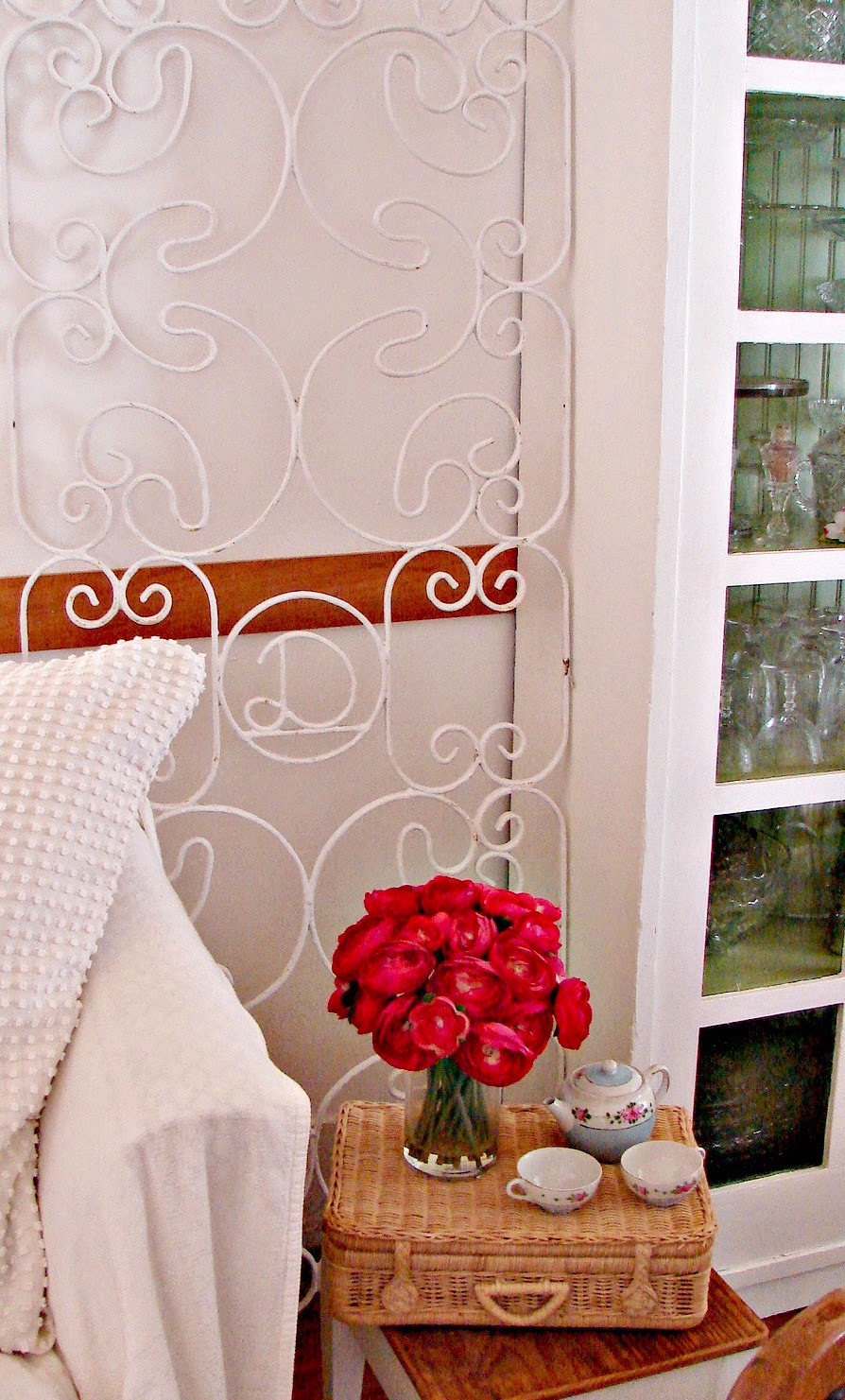 The doors served the owners well for many years. . .until security and storm doors came on the market.
Then the beautifully crafted wrought iron doors were removed and stored in the barn. . .
where pigeons roosted. . .mice made their winter nests. . .
years of dust and dirt and grime built up on their swirls and turns. . .
Gone. . .forgotten. . . 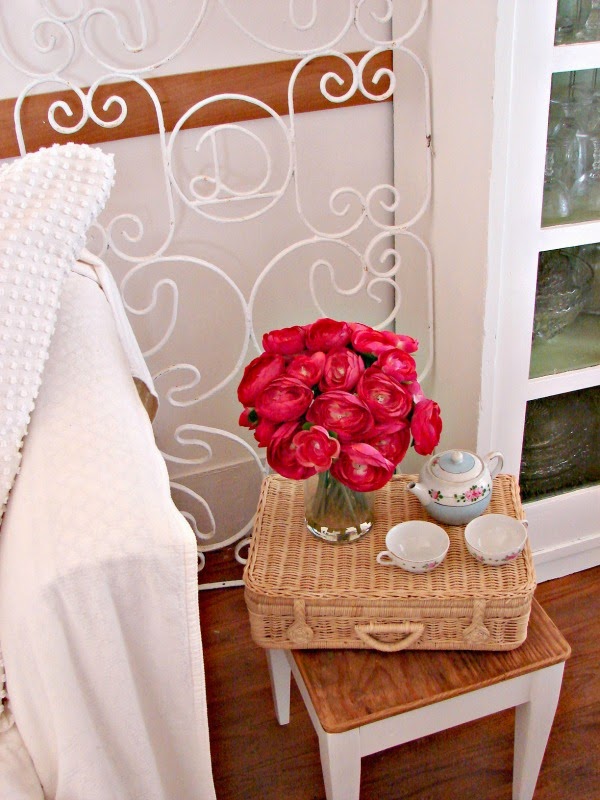 UNTIL. . .
The Farmer's Daughter, who loved to climb and poke around in the barn lofts,
discovered the aged and dirty doors under stacks of cast-off tin and cypress. . .
That was the day their new life began.
She talked her Super Carpenter Honey into replacing the rotted wood. . .
Then she scrapped and painted the old doors to their former beauty. . .
and added them to her 1930s Farm Manager's home. . .
the "M" on the front. . .the "D" on the back.
And there they remained for many years. . .
Until time and the elements worked away much of their wooden frames. . .
So much so that only the handmade wrought iron could be salvaged. . .and brought inside. . .
where the Farmer's Daughter felt they had earned the right. . .
to remain sheltered and appreciated for the rest of their lives.
﻿ 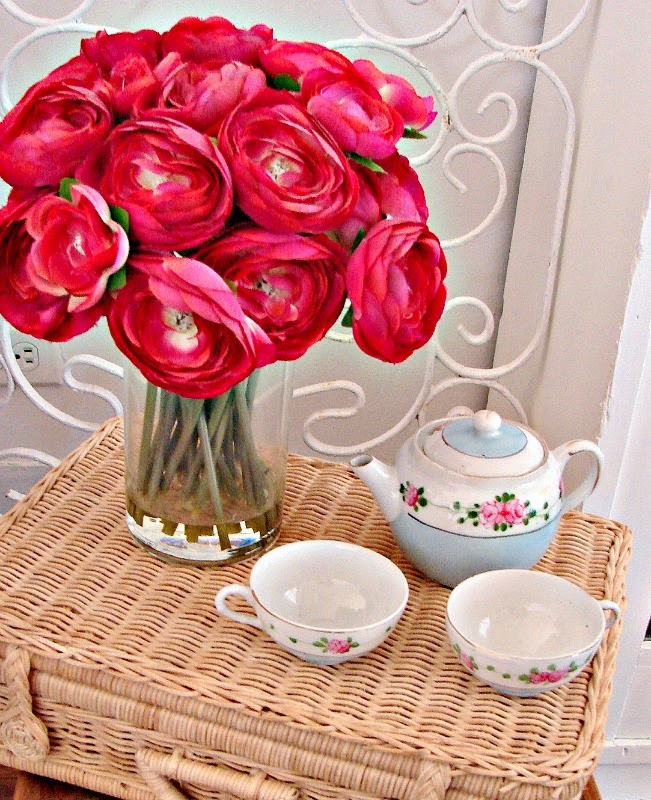 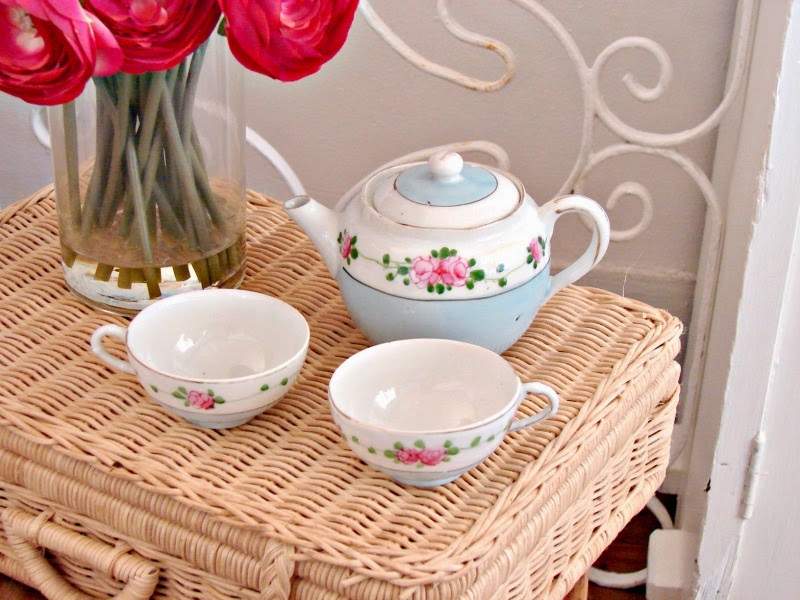 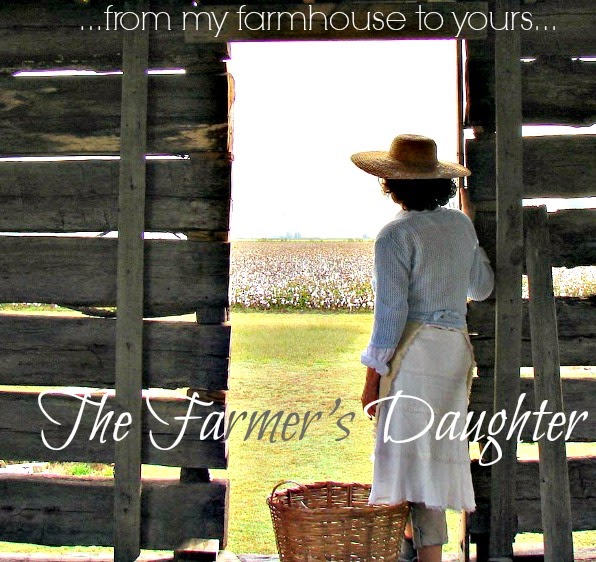 Wonderful little story!
If I had the perfect piece of wrought iron... I'd have to come by it pretty cheap too, I'd put it on the wall behind my wood burning stove. I've loved the idea of having an ornamental piece behind there, rather than just a pan on the wall to deflect heat. The pan would stay of course, but the wrought iron would shine through!
I liked your story, and the prominance you've given your pieces.

Your doors are beautiful! So lovely they have both of your families monograms. They look perfect in your room. And I love your teapot!

How wonderful that you found a spot for your wrought iron doors with such important family history behind them!

What a beautiful treasure!!!
Mary Alice

What a treasure to have and enjoy. They look beautiful!!
xo

Great story and old things are so much more precious when you know their story.

It's so wonderful that you are able to embrace your family's history and know their stories. I love that photo of you!
Farmhouse hugs,
Cindy

What a beautiful story and what beautiful doors. Yes, they have earned the right to be indoors treasured by loving owners.
Pam
scrap-n-sewgranny.blogspot.com