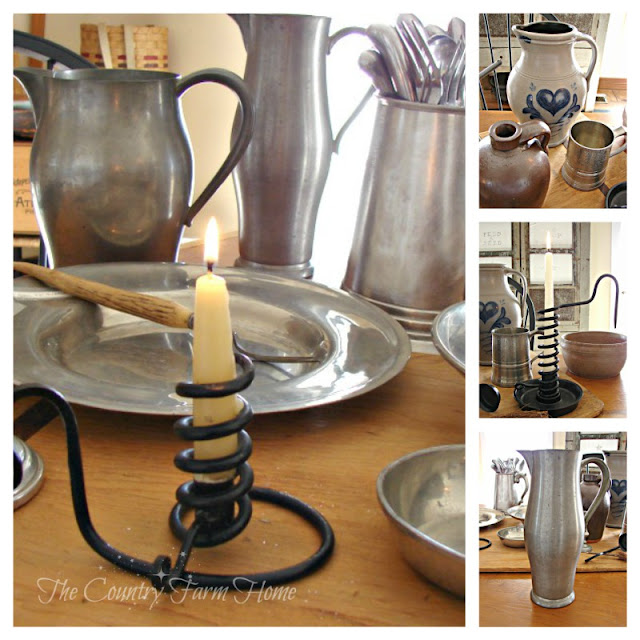 A bit more formal than galvanized tin. . .but fitting right in with it. . .PEWTER has become my newest junkin' interest for our WINTER FARMHOUSE. . . and believe me, here in the Delta it is rather difficult to find old or new pewter. . .Silver-YES. . .Tinware-YES. . .Aluminum-YES. . .but PEWTER pieces are less available. . .I suppose that's because unlike the east coast states that have been inhabited since the early 1600s. . .our little part of the WORLD was only cleared and farming began around 1916. . .well after the eras where pewter was used in households for everyday meals. 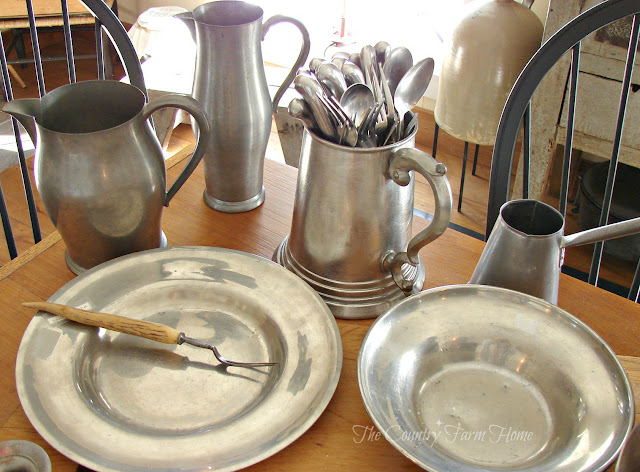 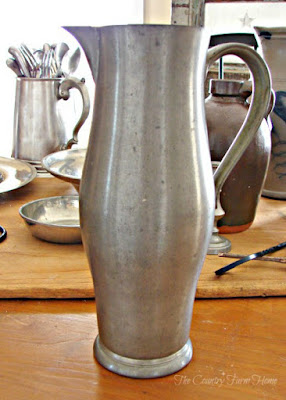 My collection began with this tall, slim pitcher I spied one day at a local Goodwill. . .Price?  1.99. . .I loved it and found out later that it was a Colonial Williamsburg reproduction from many years ago. . .I was hooked. . . 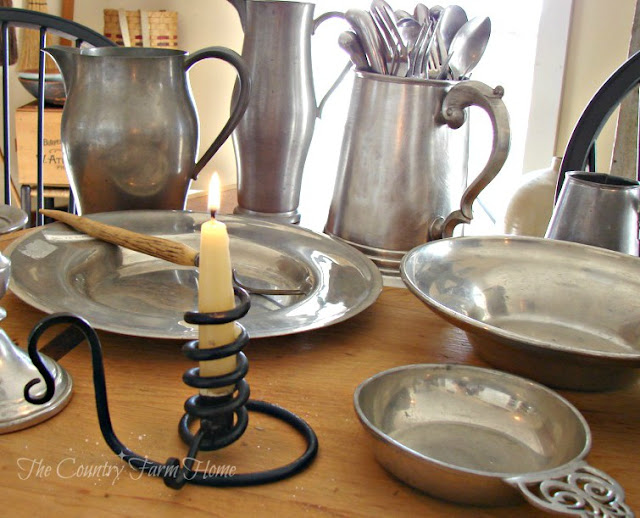 Just happened that we were soon traveling to VIRGINIA for Christmas. . .great timing to pick up a few pieces. . .I wanted to accent our other collections of  POTTERY and TIN. . .I was on a mission that turned out quite well. . .Most of the pieces I found were ENGLISH. . .another plus. . . 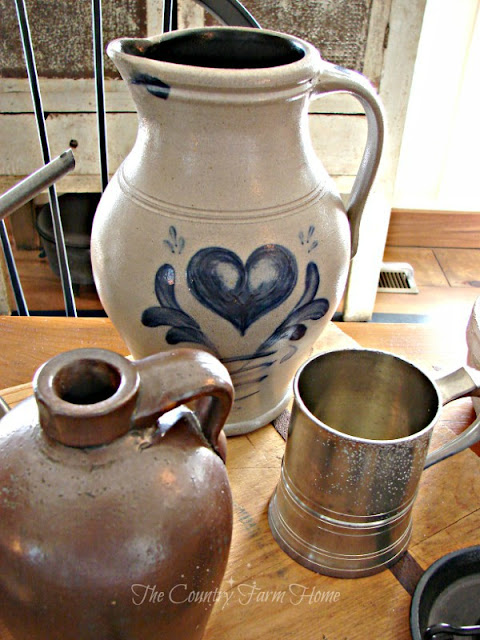 Along the way, I also found the COURTING CANDLES. . .something that was new to me when I first began work at Colonial Williamsburg years ago. . .I had not run into those in the Delta either. . .Since I had never bought one of my own. . .I found two. . .both at thrift stores. . .

There are those who say this is just a "ROMANTIC LEGEND". . .that they were not used for COURTING. . .but I rather like the STORY. . . 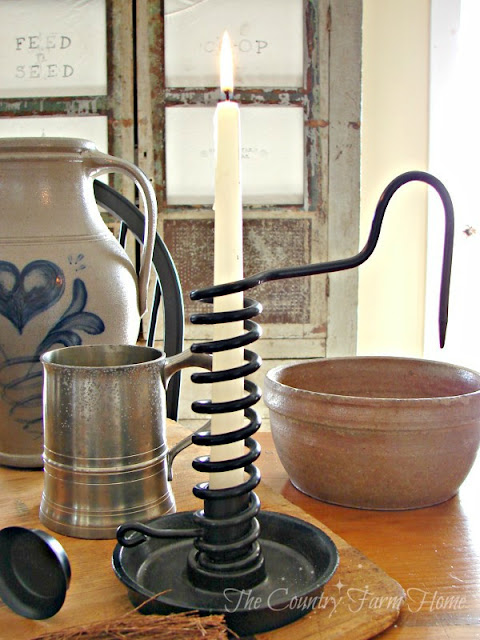 "A father in colonial times used the Courting Candle to set the time his daughter's suitor could visit. When the candle burned down to the metal, courting time was over. . .Candle placement is adjustable. A personable, well-placed young man? Set the candle high, to burn a long time. Someone not quite so eligible? Set the candle low so he wouldn't overstay his welcome." 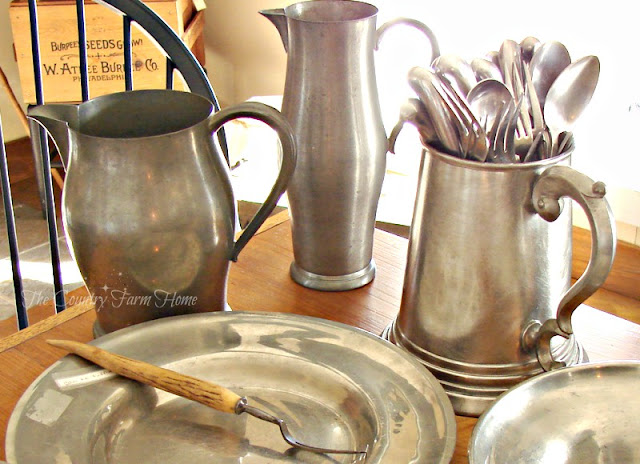 I'm ready to get started adding some of the pieces around the FARMHOUSE. . .and incorporating them into my own STYLE. . .It's pretty probable that my PEWTER shopping will be limited to online purchases from now on. . .There are many good buys at Ebay and Etsy. . .It won't be as much fun as stopping along the road, though. . .

I tried to convince John I could save postage by returning to Virginia and Kentucky for my JUNKIN' SPREES . . .Makes sense, doesn't it? . .WELL. . . 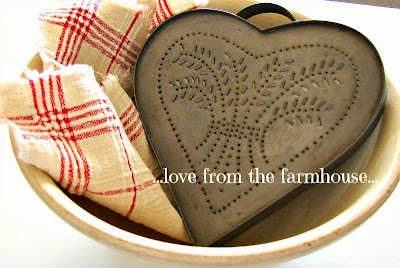