Fall Inspiration Inside the Gazebo 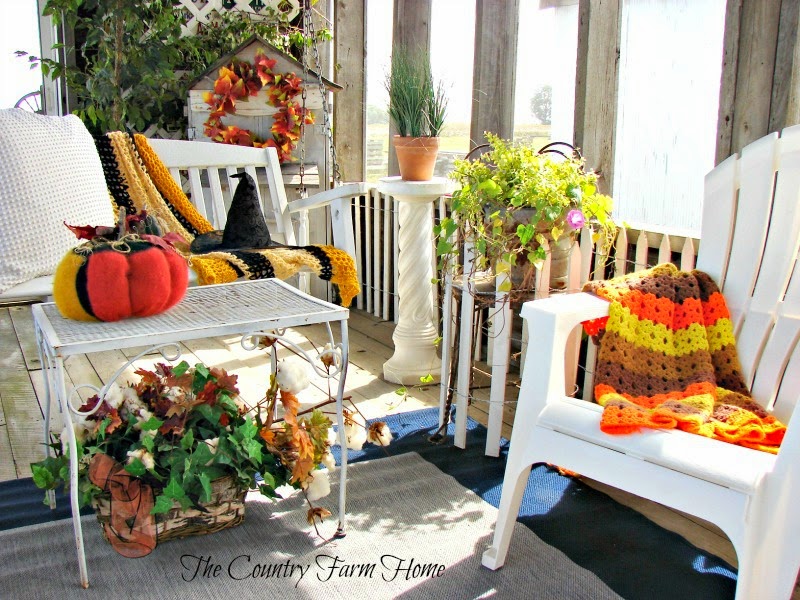 Well. . .Okay. . .So it's not your everyday standard gazebo. . .but I don't know what else to call it. . .John actually named it. . .People looked at us funny when we'd tell them to meet us at the Corn Crib. . .I remember my cousins meeting their Dad's at the Corn Crib with a belt for an 'attitude adjustment'. . .not a pretty sight. . .I think they also went there to smoke. . .They thought they were getting away with it but Daddy always knew what they were doing. . .being boys.

But back to our Corn Crib built ca 1930 by my Granddad Magers. . .It was in an awful shape when we returned to the farm. . .Some told us to bulldoze it. . .They're eating their words now. . .John called it 'The Corn Crib Gazebo' from the beginning. . .'The Gazebo' stuck. . .I have one cousin who loves to sleep here. . .Can't blame him a bit, can you?

It's become the meeting place for friends and family when the weather is good. . .and Fall is the perfect time to enjoy it. . .I try to have afghans handy for the chilly days. . .So far, we haven't had any, but I'm sure cooler weather will be here soon. 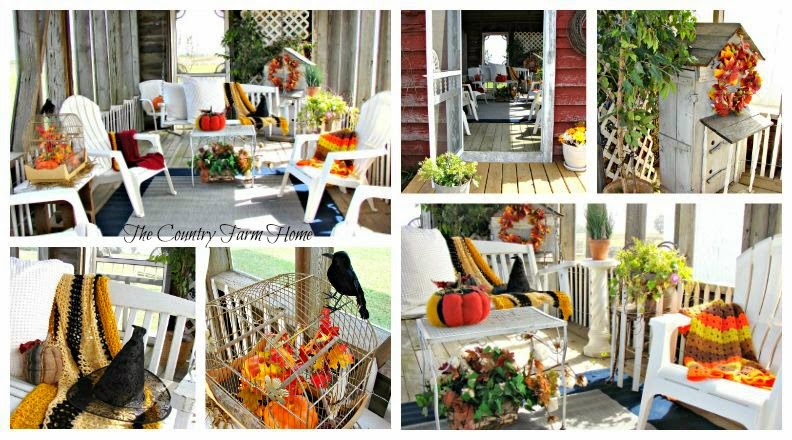 In years past I've used vintage metal gliders and chairs, but with several years of use they were beginning to fall apart. . .One day I was killing time at Lowes while John was sorting wood and found these white Adirondack chairs on sale for $8. . .I immediately staked my claim on them and sat there until John found me. . .I didn't want anyone to grab them. . .They are really comfy. . .In fact, I found John napping in one last week. . .They are much easier to clean, too. . .A hose-down is all they need.

I've been told it might become a favorite meeting place for the witches on Halloween. . .That would be fine. . .as long as they leave me a chair. . .and maybe John, too. . .In fact, looks like one has already claimed the swing, doesn't it?. .(grin) 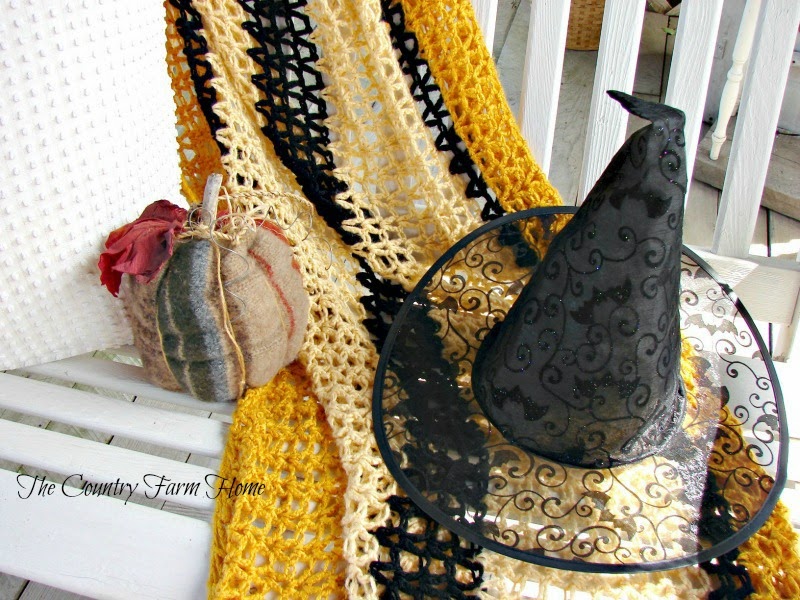 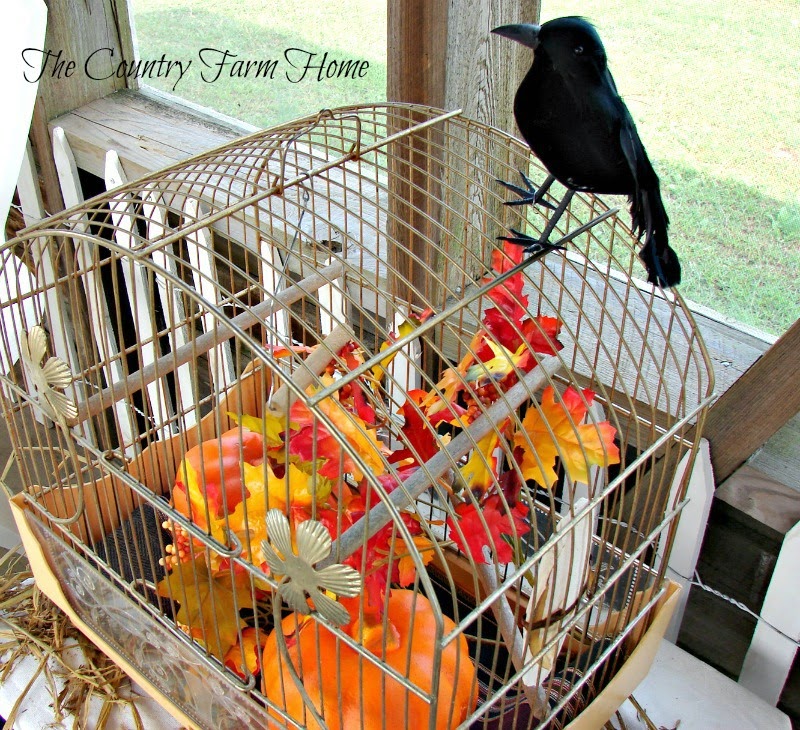 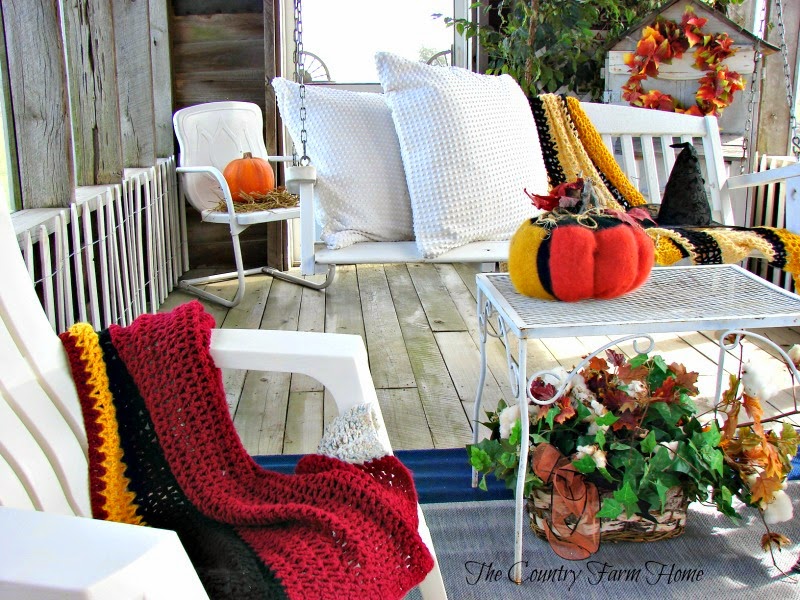 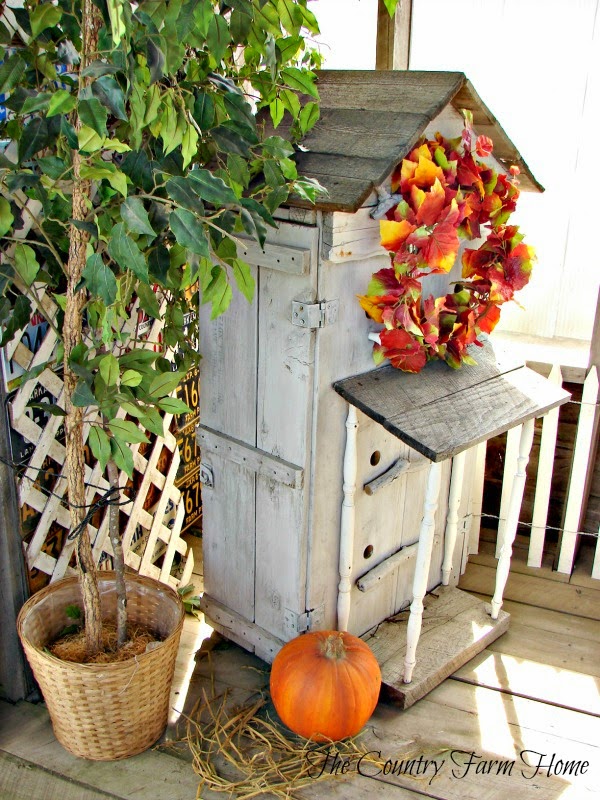 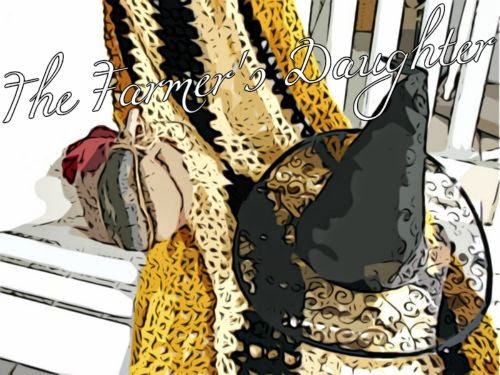 How fun and cozy. Love this.
Kris

What a wonderful use for a corn crib! Love it! And love the way you have decorated it.

Love your Corn Crib Gazebo!! Very pretty all decorated for Fall. It feels like Fall here for sure...we have been having cooler weather for several weeks now with a warmer day here or there.
~Cindy

Too cute! I used to have one of those on my little farm up North...you've outdone yourself on this one! You go girl!

I love your corncrib gazebo. It is just the cutest spot to relax and have a snooze. You must really enjoy it a lot. Have a great week.

I absolutely love your corn crib gazebo. A nice place to relax and enjoy the cool crisp Autumn air... when it gets here.
Hugs,
Pam
scrap-n-sewgranny.blogspot.com

Love it Dru! I would take a corn crib gazebo any day. The fall touches are just perfect!
hugs,
Jann