Only Three Ingredients--Heavenly CupCakes for Your New Year 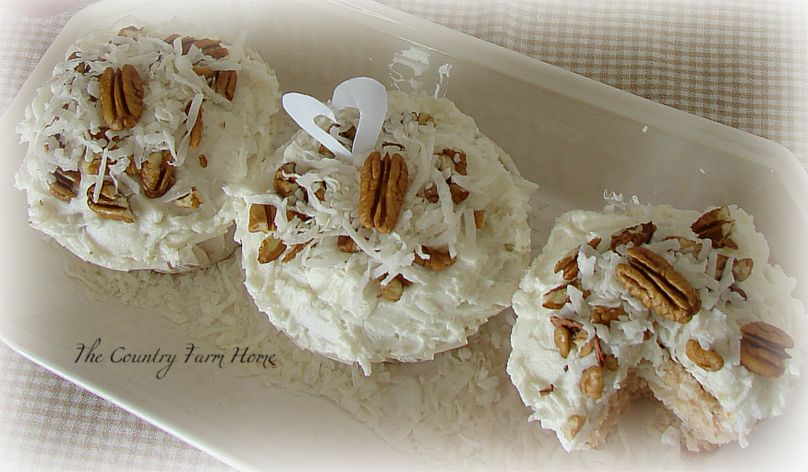 I'm obsessed lately--with cupcakes. . . .
It all began when I bought Pumpkin Bread at a bake sale. I knew the baker, who kindly gave me her recipe--one box of Spiced Cake Mix and one can of Pumpkin. She told me she'd found the recipe on Pinterest. I had my doubts--til I took a little sliver to taste. . . .That sliver turned into a large piece. . . .That piece caused me to take the bread to my Honey, telling him to "Hide it!"  I try to stay away from sweets, if at all possible. . . .this was impossible!

But, I still couldn't believe she only used two ingredients. . . .I tried the recipe myself, baking cupcakes instead of a bread. . . .Yep. . . .Just as good. . . .or, maybe better. . . .I added raisins, dried cranberries and pecans to the batter. 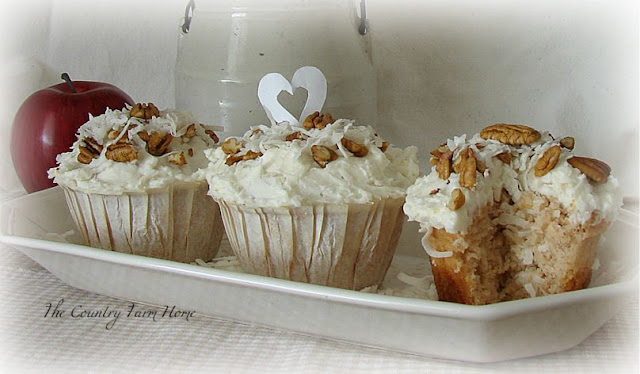 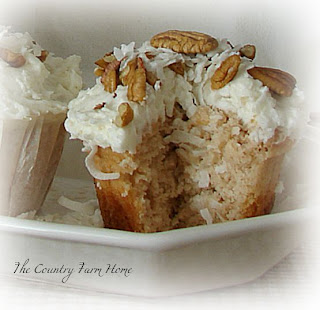 I found left-over coconut flavored icing I'd made for a cake the week before. . . .added some flaked coconut to it, iced the cupcakes, then topped them with pecan pieces and more coconut. . . .Back to my Honey. . . .

from my farmhouse kitchen to yours. . . .

Sharing with: * Make It Pretty Monday * Mop It Up Monday

These are beautiful and obviously WON approval! I will be trying soon...Happy New Year! LOVE YOUR BLOG! From one sweetie to another~~~Roxie

How easy is that! Thanks for sharing. I think the pumpkin spice ones would be delicious.

They look pretty, but do I need to come over and make sure you don't eat them all? That's what friends are for, ya know! ;)
Farmhouse hugs,
Cindy

Gosh, so easy! I'll try these in the next few weeks, once we're over the holiday assault!

I have made that cake and it is good. Try the pumpkin with chocolate cake mix or even a brownie mix, delish and saving fat and calories. If you ever need to unload any extras, you could ship them out! Happy New Year! xo

They look so good! I love coconut, I'll have to try these! Jean

Oh my. Anything with coconut and pecans has just got to be heavenly!

what size can of pumpkin did you use ?

Oh, sounds yummy and boy are they pretty!

Looks so yummy and sounds easy to make...going to have to make some of these for my hubby and me.
Have a Happy New Year!
hugs,
Cindy

yummy.
thank I am still lost between the 3 ingredient and the two ingredient....
but I'll figure it out.

Thanks for stopping by Every Little Birdie. I would love for you to use a pic of my ironing board in your post. And yes, I'd love it if you'd link back to my post. Your cupcakes look so pretty and yummy!! Happy New Year friend!!

oh they look so yummy! great job! and happy new year to you and your family!!

Mmmmmm, yummy! These look heavenly! I love coconut and pecans and love that you used applesauce. They are really beautiful. Thank you for the recipe!
Happy New Year!
Pam
scrap-n-sewgranny.blogspot.com

Hopping by and following your GFC.

Blogging @ Getting Healthy with Essential Oils

Hi Dru,
Just look at those fluffy white cupcakes. They look like clouds!
What a delightful and delicious post!
Blessings, my sweet friend,
Carolynn xx

Yum! and so easy! Thank you.

How delicious they look. Lovely photos. Thank you for sharing this at the Make it Pretty Monday party at The Dedicated House. Hope to see your prettiness again on Monday. Toodles, Kathryn @TheDedicatedHouse

WOW....these look SO delicious. And this would be a good idea for talent night at church when we have finger foods after. I'll have to add the icing and pecans too. LOVE your blog and the look of your page.
Bird's Eye View of the Katydid
http://www.birdseyeviewoftheworldofthekatydid.blogspot.com 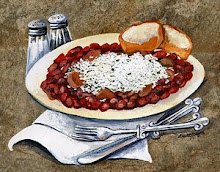