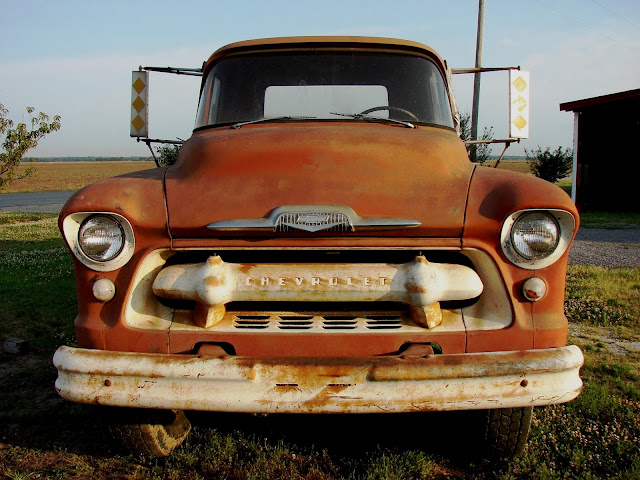 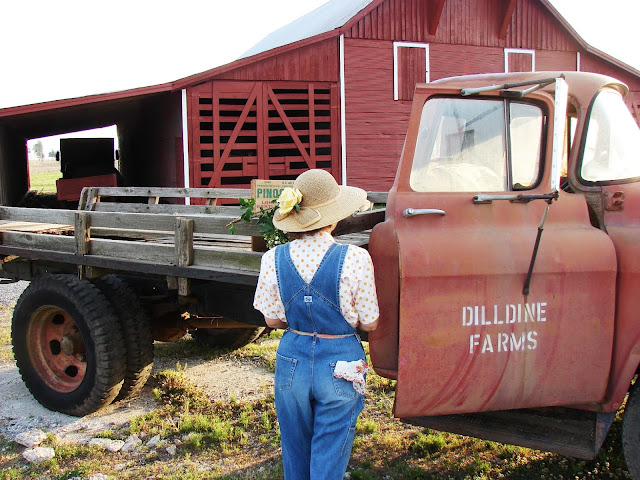 During the winter, farmers get "antsy" for something to do. If there's a barn or an old farmhouse that needs to come down and turned back into farm land, winter's the time to do it. This past winter was no different. Billy and his crew at Half Moon Farms (owned by Karen Dilldine) decided one week in January that an old barn and shop needed to come down on a farm west of Dell, not too far from us.

The buildings were full of vintage farm equipment and machinery that were offered to our historic district. We were thrilled with the donations and very thankful for them--but I'll tell you more about those in a later post.

After a couple days work, John came home saying there wasn't much left--just an old truck he didn't think I would want. They"d just tow it away.


Wouldn't want it?!!!!?
I'd been talking for months about wanting an old truck "yard ornament."
Could I see it? 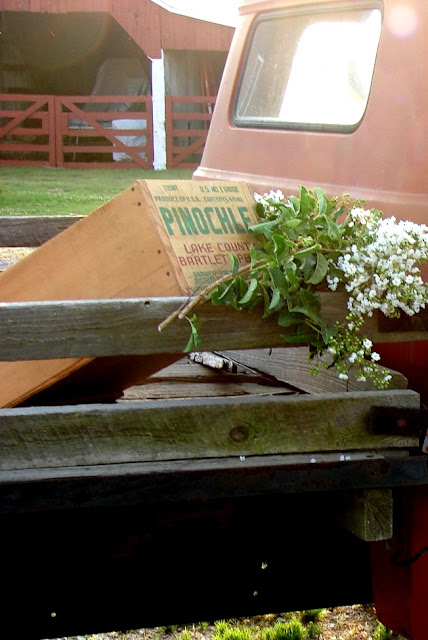 In my jammies, slippers, heavy coat, and gloves, I had John drive me that minute to see this truck no one wanted.

Have you ever had a gut feeling that something exciting was about to happen?
Well, I had it that evening. . . 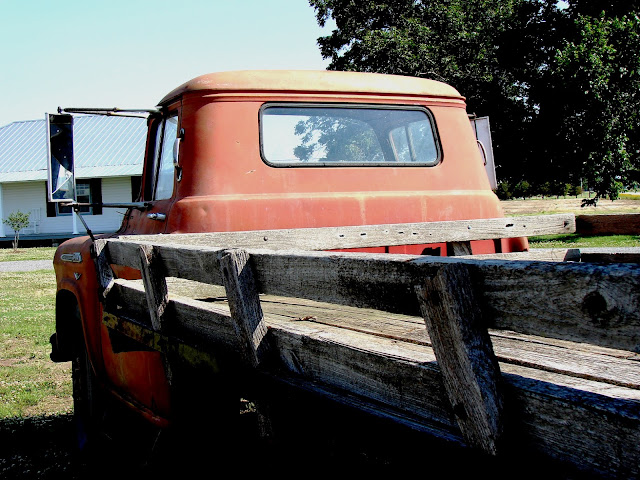 And, that feeling was confirmed the minute I spotted the truck. . . 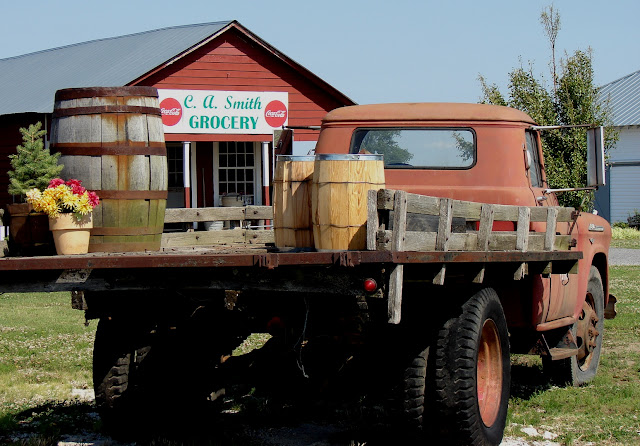 I immediately KNEW that truck. . .
It was an old friend. . .
It was Daddy's old farm truck!

From the time I was 3 years old, I'd spent every minute I could with Daddy--at the gin, at the farm, on the road. I'd ridden in this truck many times with him. I just knew it had to be the one. 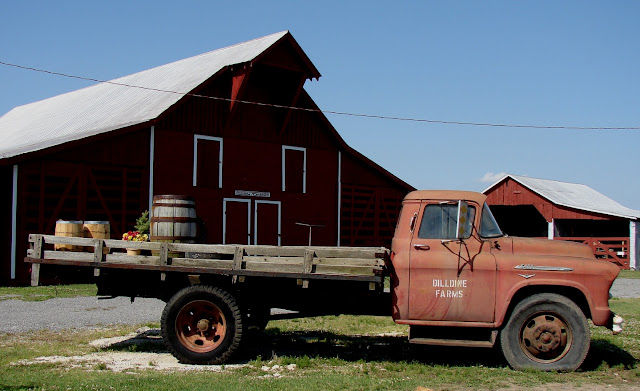 Yet, no one at Half Moon Farms knew where the truck came from. That it belonged to the Dilldines was the only thing they knew for sure.  But, I knew in my heart Daddy had been the original owner.


Karen did donate the truck to the historic district, and they delivered it in January.

Did I say nothing happens by chance?
We found the original manual wedged under the seat--
and on the title page was written:
"Bought 1957".  . .
in Daddy's handwriting. . . 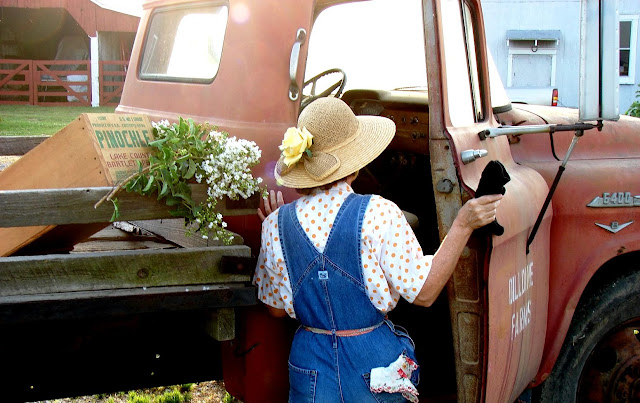 Many thanks go to Karen Dilldine and everyone at Half Moon Farms. . .
for such a generous gift.

I'm sharing this story with:
Share Your Cup Thursday with Mrs. Olson That's a goosebump story if I ever heard (read) one! You're right, your dad did have a hand in this one! What a great old truck.

Amazing! Such a wonderful story. And a great truck!

This is an amazing story! What are the chances? So happy this old beauty has come home.
Carolyn

That is just way too cool!

What a wonderful story!

What a fabulous story! Serendipitous to be sure. :)

That is amazing, and I love, love that truck too!!

Dru, this is such a touching post. I love that your daddy's old truck came home This would be perfect for Share Your Cup. Would love for you to share. Reading it gave me goosebumps!
Hugs,
Jann

Wow. How likely is that? What a serendipitous event.

I'd love to find my dads old yellow International. It sat in our field for several years after it stopped running. I think dad planned to try and repair it, but he never had the time. I've never seen another like it.

Oh I just love this post!... I DO think things are meant to be, and now your daddy's precious truck has come full circle... back home... and I know he is grinning from ear to ear... what a happy ending!... I am here from Jann's party today, xoxo Julie Marie

What a fun story! How lucky! What great sentiment you have with it. That is truly unusual! I love how you decorated it... great job!

Oh this touched my heart what a wonderful story and the way you describe it makes me tear up. I am so happy you found that old truck and I am sure your Daddy did have something to do with it. B

what a magical story ~ I am so happy for you to have 'your truck home' ~ thanks, ^_^ (A Creative Harbor)

Oh what a fun story. I really enjoyed it.

oh my gosh, i've got actual chills from this story...how wonderful!!

I'm stopping by from the Rural Thursday Barn Hop. Your post caught my eye because I'm a softie for old pickup trucks. I'm debating right now whether to bring home a 1959 Ford that is in need of some TLC. Thanks for sharing such a great story!

I understand how you feel!!! I have my Daddy's old truck too!!! I am happy for you to have this treasure, and I hope it makes you as happy as my Daddy's truck makes me!!!!!

You say you found the original manual? That was awesome! It is not every day that you find a piece of history! And you are quite great to give that old truck a home. If that truck were alive, she would thank you for keeping her. Have you given it a name yet? I think you should, so you can have a personal bond with your beloved old truck. :-) [Odessa Coldiron]

Maybe John meant it as a joke to get that reaction from you. But hey, it might really be destiny! :) Funny how we associate such a word with cars and people. The truck finding its way back to your family is kind of cinematic, even surreal. But I’m glad it did. :) It’s still a beauty after all those years -->Tyra Shortino 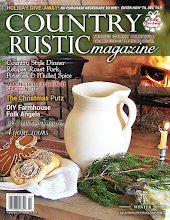